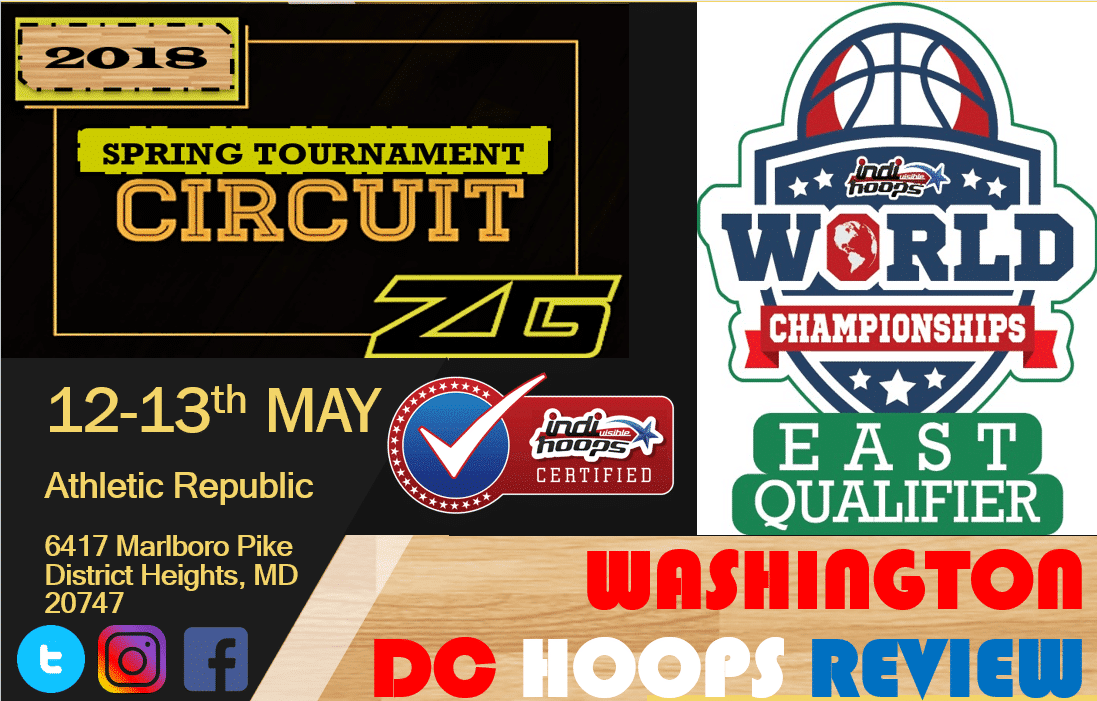 The IndiWorld3 – a rite of passage for the 8th grade club basketball player if you will, has just announced its newest qualifier opportunity.  The DC Review by Zero Gravity will be May 12-13th.  Zero Gravity Basketball ran the first east qualifier of the IndiWorld3 series in Boston, and they decided to double down on a new event, in a new location.

What can you expect to see at this event?  The top 8th grade teams in the east region coming to battle at a time where most teams will be starting to peak.  The IndiWorld3 qualifiers have tended to show revelations about top players from 2022 and emerging sleeper teams.  At the Beast in the East qualifier, IndiHoops got to see up close and personal a very talented Boston Bobcats 2022 team.  Shy Odom dazzled with an MVP performance.  Shy is a strong, and big physical point forward who has seemed to increase his athletic ability since the October event.

n the rapidly changing world of technology & social media ZG takes pride in being on the cutting edge of grassroots technology. From our scheduling systems, means of communication to our customers & exposure through social media we take pride in constantly being on top of trends & the high paced realities of technology in our world today.

Zero Gravity has become the destination for "every team" in grassroots club basketball, from the elementary school developmental team to the High School team competing on the National level, along with the coaches, program directors & team supporters that provide & share the experience with them!

The IndiLockers.com launch a few weeks ago has many excited as this event will be another opportunity to add new lockers for 2022 8th graders and add new rankings and reviews for scouts on IndiLockers.com. By then, IndiLockers will have new features added to make the experience even better.

Games Will Be Live Streamed

A great feature about the IndiLockers is, an easy way to live stream games to an outside audience, and to see the axtual roster of who is playing all in one place.  This will become status quo for sporting events, and we are glad to be pioneering this trend.  Not to mention our partners at ePlay using their technology to provide stats and an e-score rating for the clubs in the IndiWorld3 division.

IndiWorld3 Has Announced the Final

The FINAL will be EPIC beyond belief.  As the event continues to build momentum and build year to year.

The official press release will be out shortly when we announce the venue.  Big news also, the event is being opened up to 64 teams.  Top teams that have played in our qualifiers will be invited, and these regionals and qualifiers serve as what division and seeding you will be placed in the finale.  The last qualifier was in South Florida by Taylored Athletes.

Stay tuned...and make sure if you are an club in the east, you are at this Zero Gravity Basketball event!