Contact Us
IndiWorld3 : What To Expect This Year at the Top 8th Grade World Finale
By: Brian
March 4, 2018 IndiWorld3 : What To Expect This Year at the Top 8th Grade World Finale

For The Next Lebron James? - Greatness Starts Here.

For the past 2 and a half years, The IndiWorld circuit has pioneered and organized 8th grade basketball into a clear cut format qualifying them for an 8th Grade World Championship.  Year 3 will be a unique experience and will now be in Irvin, Texas (near Dallas) at BRAND NEW Drive Nation Complex.  We have partnered with former NBA 15+ year pro Jermaine O’Neal’s and his facility.

The event will officially start June 28th, with the final on July 1st followed by a closing awards ceremony. The Experience Will Be Bigger & Better

IndiWorld3 will continue to push the culture forward of cutting edge technology covering youth basketball -- simultaneously making a fun and experience that will last a lifetime.  We aim to out do and improve on our leadership in this space, and operational excellence.

The new format/venue/location will allow for more teams to come compete as our network and qualifier system have grown exponentially year after year.  Our point system will allow for us to properly seed the team in either the World or National division.  The teams from each qualifier/regional final will get top seeds and billing at IndiWorld3 final.

Much like the opening of Nike EYBL in April.  Drive Nation will not only host the event but be the host team.  2022 Drive Nation for the last few years have been one of the top clubs in the country.

We are doing a national warm up qualifier there that is really loaded: Going into year 3, we have gained valuable insight on what will make this event even better.  While the San Diego location had been amazing to us forthe past 2 years, we continually were asked to move to a more central location.  We also have moved from August date (teams are generally very tired and wanting to vacation), to an earlier date.

Typically, the top 2022 players like to play up in July, and we feel this is the best decision for most.  So in essence, this June-July date makes for a better ENDING for the 8th grader and his “youth” basketball career.

15+ year pro Jermaine O’neal brings invaluable experience and insight to the event, and we could not be prouder for him to be part of the IndiWorld championships.

The goal of the complex is to merge development, technology and sports - which is another big reason for us to run IndiWorld3 “the Little League World Series of youth basketball” at Drive Nation Sports Complex.

Drive Nation Sports is located at 2550 Rental Car Drive near the south entrance to DFW Airport on just over 16 acres of airport-owned land.

There will be equipment and rooms dedicated to physical training, rehabilitation and nutrition and wellness education, as well as various sports technologies available.

In its first year it is 650,000 visitors expected to come through and booked solid for a 1 year +. This is the biggest news and release from IndiHoops since we started the IndiWorld championship in 2015.  The IndiLockers is the place for all 8th grade (Class of 2022) players now, to get their own online basketball profile and presence.

We are in beta right now but already have close to 500 members.

Go to www.indilocker.com right now to register for your profile.

Exposure: Get ranked and reviewed by our scouts, and see where you stand with other 14u players.
Storage: The IndiLocker is a place to host all of your game film, highlights, photos and social media.  Your stats will be stored here eventually.
Interaction: Accumulate fans and message other players.  Get your profile trending on the front page.

Can’t wait to see what you think.

Scouts and Media - make sure to sign up as a scout now too!

All games from the IndiWorld3 final will be live streamed on www.indilockers.com or our Youtube Channel.  www.youtube.com/indihoops - Subscribe now!  We have already been uploading plenty of games from our circuit live and streaming them there.

EPlay will be our partner for stats - Eplay is a Texas based organization, that has full stats capability for games on your cell phone!

IndiHoops is excited to announce their strategic relationship with recruitify!
Recruitify is a full-service solution for event directors that simplifies event
processes to create an easy and streamlined experience for teams and college
coaches.

Another addition to the circuit has been the addition of our international qualifiers.  We Will Win Canada was our first international team, and we are proud to build our relationship and have them host the official Canadian qualifier.

Also, a new partner is Glo Basket and their amazing event March 23-25.  We will be working together to send teams to their life changing event and vice versa.

More news to come on this. Our club membership has been blowing up and if you are a club - this is a no brainer.

New Player Interest - Unlock the ability to get new players to your program directly to your email.  You wouldn’t believe how many people we have on our site daily looking for teams to tryout for.

Get discounts to 100+ tournament organizations in our network.

IndiHoops Certified Logo and more exposure for your club on IndiHoops IndiHoops continues its path on making the youth basketball experience and journey more enjoyable and organized through cutting edge technology and resources.  The IndiWorld in the past has been a time to “show off” the latest in technology and developments of our company.

More importantly, it is about providing the best platform for club basketball development, experience and advancement.

At the end of the day, we want a journey through IndiHoops, IndiWorld, IndiLockers etc to be special, high quality, resource and something that a young player looks back with fond memories when they are older.

Thanks for coming along for the ride with us.

Did you see Jaylen Hands 10 assist game on Saturday including what Sports Center dubbed "Assist of the Year?" Here is @jhands08 at the IndiWorld1 supporting - #J4

Scouts and Media Will Be In Attendence

The IndiWorld final has in even its infant stages helped propel some players and clubs and give them great momentum at a critical time.  The 1st year’s alumni had Scottie Barnes (#5 currently 2021 ESPN) and Dudley Blackwell.  Both were invited to be a part of the USA Basketball team shortly after the final.  Marjon Beauchamp from Seattle received an offer recently from the University of Arizona.  Many more exmaples of this.

IndiWorld2 saw the champion - Vegas Elite earn a Nike deal a couple weeks later, with its MVP Zaon Collins receiving a Pac 12 offer along with 4 other players gaining Pac 12 offers since the event! 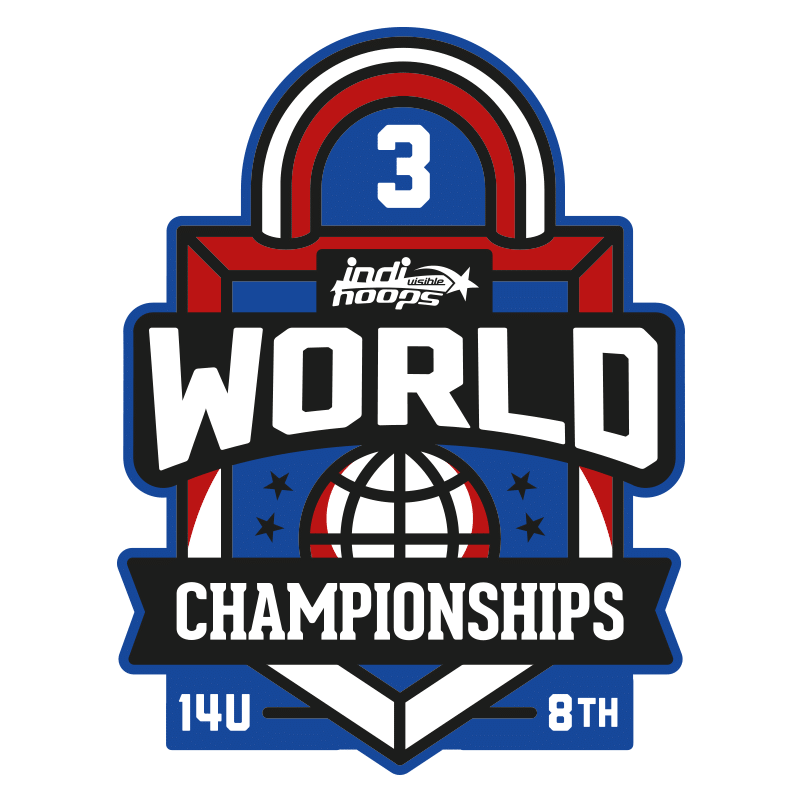 2 Comments on IndiWorld3 : What To Expect This Year at the Top 8th Grade World Finale